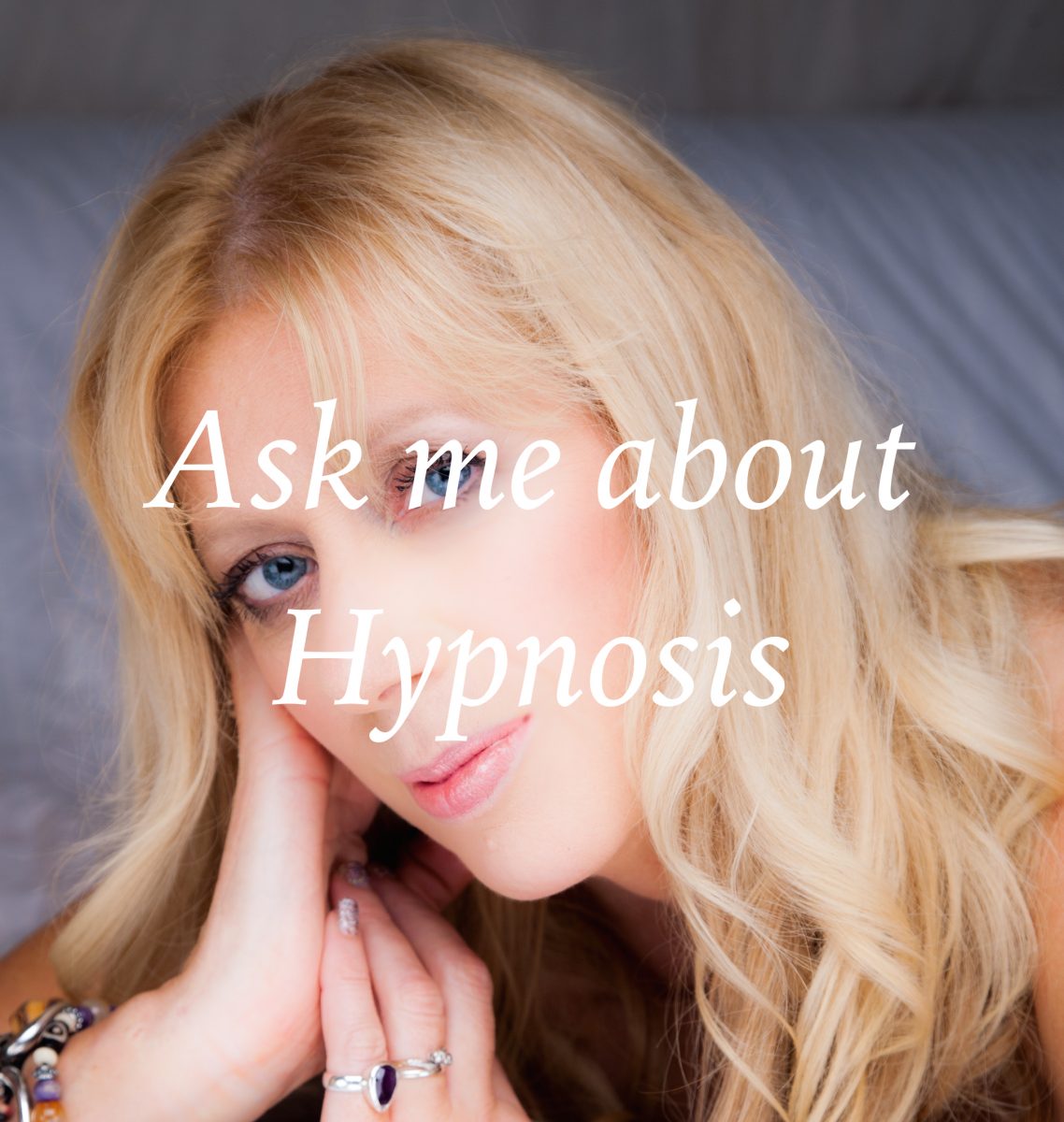 ALL YOU NEED TO KNOW ABOUT HYPNOSIS….

Hypnosis is a state of deep relaxation where the inner conscious is acutely receptive and responsive to suggestion. Without the restrictions of the conscious state hypnosis can be used to quickly and efficiently make specific changes to physiological and psychological states of being. This can be in form of pain management either chronic or acute, preparation for and undergoing surgery, changing life-led habits, skin healing and childbirth applications to name but a few. Psychological disorders such as Personality Disorders and Anxiety can also be helped.

Examples of practical applications include; Academic applications such as test taking. Comprehension and memory can be also be helped effectively through hypnosis. Similarly, hypnosis has been found to help relieve the symptoms of Asthma by the relaxation of the smooth muscle systems of the bronchial tree (Ref: The La Scolla procedure) where under hypnosis the patient is guided to bring on an attack and then reverse the process. The procedure holds the tenet that the patient learns to control the asthma and they can control it anyplace, anytime.

Repetition is a key factor in successful life changing hypnosis. This is a new skill which will become a permanent part of the person’s life.

A COMMON MISCONCEPTION ABOUT HYPNOSIS.

Melvin Powers, a well known American Hypnotherapist (1922-2013), was a big advocate of the power of hypnosis at a time in society when most people regarded it as a “sideshow” to be acted out at a fair, on a stage or as entertainment in circus type environments. He tried to dispel many incorrect and misguided beliefs that hypnosis was either dangerous or that it was being done when the recipient was unconscious. We are all sponges to the power of conscious and sub conscious suggestion gathered from many external influences in our lives. Think for a moment what urges you to buy a particular brand of soap or toothpaste. However, under hypnosis when the powers of suggestion are heightened because the subject is in a relaxed but not in an unconscious state, the subject never relinquishes control. He actually has more control. Powers cited the example of an employee who at a company function did not want to volunteer to be hypnotised as he felt that under hypnosis he many reveal his true feelings of dislike for his boss. There is no chance of this happening. Powers went on to explain the hypnotic state is not a confessional. The subject is always aware. A subject will not confess information they would not normally divulge to anyone. If the hypnotist persisted to guide towards revealing this the subject would come out of the hypnotic state.

We all have the natural desire to be of sound mind and body. Responsibly used, hypnosis is far safer than other interventions. Powers goes on to explain that we have all experienced light hypnosis daily, when day dreaming for example or blocking out external sounds, such as someone talking to you and not responding because you are completely absorbed by a book you are reading.

WHAT BRAINWAVE PATTERN IS EMITTED UNDER HYPNOSIS?

In an Alpha state the parasympathetic nervous system predominates over the the Autonomic Nervous System. This is the system which regulates our bodily functions such as the heart rate, digestion, respiratory rate etc. This system, also known as the sympathetic nervous system is the primary mechanism in control of the “fight-or-flight “response. Under hypnosis when we are in a hyper relaxed state, it has been shown that the Alpha brainwaves can influence the action of the ANS system. Whilst we can influence our skeletal muscles consciously, smooth or cardiac muscle action is not a conscious desire..it happens without us thinking about it; for example food being propelled through our digestive system. It then follows if under hypnosis our ANS system can be influenced conditions which we normally have no influence over can be affected.

IS HYPNOSIS THE SAME AS SLEEPING? WHAT BRAINWAVE PATTERN IS EMITTED DURING SLEEP?

Delta brainwaves are emitted during sleep. Delta waves suspend external awareness and are the source of empathy. Healing and regeneration are stimulated in this state, and that is why deep restorative sleep is so essential to the healing process. Higher levels are found in young children but as we go through the ageing process the production is lowered. If you have an optimal range of delta brainwave patterns you are likely to have a highly effective immune system and enjoy restorative (REM) sleep. The five brain waves are: Delta, (Asleep), Theta, ( Deeply relaxed) Alpha, (Relaxed) Beta ( Alert and Aware) and Gamma ( High Performance) and we use all of them constantly in various situations everyday. Delta is the lowest frequency and Gamma the highest. Brainwaves are measured in Hertz or Hz, (Cycles per second) An Electroencephalograph (EEG apparatus) is used to track the neurological activity of the brain.

CAN ANYONE BE HYPNOTISED?

Everyone (unless affected by severe mental handicap), has the potential to be hypnotised. The difference between “I can’t be hypnotised” and “I won’t be hypnotised”, is volition. The fact is all hypnosis is self hypnosis. Without the willing participation of the subject the hypnotherapist is unlikely to be successful. Self hypnosis is a skill which has to be practised just as any other skill. It is known that our subconscious drives 95% of our normal, daily behaviour. In fact science tells us we fall into an hypnotic state seven times an hour! Simply allow the relaxation process to happen and it will….. but don’t try to force it. A good hypnotherapist will build trust and a rapport with his subject to facilitate that they enjoy a natural hypnotic state. With proper instruction anyone can achieve this state of being.

WHAT DOES THE WORD HYPNOSIS MEAN AND IS THAT A GOOD TITLE?

Hypnosis comes from the Greek word “Hypnos’.. meaning to sleep. Optometrist James Braid is accredited with the phrase in the last century although the practice has been in force by early civilisations like the Ancient Egyptians, Greeks, Romans, Indians and Persians. It is one of the oldest therapies known to and used by man and was used by the Sumerians, where priest- physicians gave hypnotic suggestions to sufferers to alleviate or cure their ailments. It is not a good title as, far from being asleep, the subject is acutely aware.

WHAT ARE THE MAIN BENEFITS OF HYPNOSIS?

All hypnosis is self hypnosis. In my opinion, hypnosis is beneficial because it can help to bypass life’s influences and experiences which have encouraged bad habits, doubts, fears and inhibitions, both psychological and physiological. We are all sponges to the power of our conscious and sub conscious but sometimes they get out of balance and almost come into apposition. Due to the cacophony of external influences we lose touch with our inner “savvy.” Hypnosis can put us back in control by helping us to make safe, profound changes that positively affect our quality of life.

The effect that Alzheimer’s and Dementia have on people’s lives can be devastating and hypnosis has been shown to aid neurological rehabilitation. It is not a finite solution but in combination with proper nutrition and exercise, has been successful in helping to control the disease’s progression. While there is no cure for Alzheimer’s, hypnosis may help to relieve some of the symptoms associated with dementia. Hypnosis can aid concentration. This helps sufferers with daily tasks which if lost will mean loss of independence too. Helping to stem anxiety, which is common after initial diagnosis, is key. Short term memory retention can help with socialisation, thereby avoiding the tendency to feel isolated and depressed.

Forensic psychologist, Dr. Simon Duff, Department of Clinical Psychology at Liverpool University, investigated the effects of hypnosis on people living with dementia. His study compared the treatment to mainstream healthcare methods and to a type of group therapy which encourages participants to discuss news and current affairs. He found that people living with dementia who had received hypnotherapy showed “….an improvement in concentration, memory and socialisation compared to the other treatment groups. Relaxation, motivation and daily living activities were also improved with the use of hypnosis.”

We all have the natural desire to be of sound mind and body. Responsibly used, hypnosis is far safer than other interventions.
We have all experienced light hypnosis daily, when day dreaming for example or blocking out external sounds, such as someone talking to you and not responding because you are completely absorbed by a book you are reading.

Whatever goals you have hypnosis can be a tool in your armoury towards achieving them. Repetition is key to effectiveness but you also require dedication, perseverance and have the DESIRE to succeed. The first free-thinking toxicologist, Paracelsus, also believed the notion that mind, will, spirit and soul can influence the state of the body and can cause or cure a disorder. Was he saying that we can “will “ourselves good health? Hypnosis gives us the platform to harness this possibility.

From 1880-82, Dr Joseph Breuer developed the cathartic method, or “talking cure”, for treating nervous disorders. From this work, he formulated many of the key concepts that laid the foundation for modern psychotherapy. He did this by looking at all aspects of his patients’s life and personality and focusing on their emotional expression to access feelings and memories, relevant to their area of concern. Many clinicians use this method today to treat nervous disorders.

Published in 1886, Dr Hippolyte Bernheim wrote “De la suggestion et de ses Applications à la Thérapeutique” (Suggestive Therapeutics) to bring his hypnotic hero Liebault’s ideas about suggestibility to the attention of the medical world. This was a huge step forward in the acceptance of this treatment modality.

Latterly, a caveat to this theory of the importance of suggestibility came from Dr Herbert Spiegel who cited that to enter the state of suggestibility requires a certain level of intellectual competence and of course, volition. Berhneim’s mantra was “There is no hypnosis, there is only suggestion.” He did not mean there is no hypnosis literally. Bernheim expressly made the point that hypnosis was a specific condition of enhanced suggestibility brought about through the characteristic ideodynamic action of appropriate suggestions. A client may not be guided to do something they perceive as bad, immoral or against their will.

To sustain new suggestibility, happy hormones like dopamine and serotonin need to be released. These hormones flood the body with feel-good messages. This is why true relaxation is so enjoyable. It follows if we are relaxed on a physical level we will also be relaxed mentally. This mental state engenders optimism and positivity, allowing us to focus our attention inwards. Total hypnosis translates into feelings of relaxation, ecstasy and tranquility which is the state of mind required to allow us to focus on our hopes, dreams, aspirations and life goals.

“Hi Jules, What a lovely session, thank you. I do so love our hypnosis sessions and you are brilliant at what you do. My brain is telling me there is no need to feel pain! So, whatever you did my subconscious seems to have engaged with already.” Sheila B

Founder of Outsidethebox Makeup™. As a holistic makeup company, we aim to supply quality products that are good for your skin as well as offer a more personal service to all of our customers.

If Vampires were vegans....

101 hours to create a Mermaid

Cake and Makeup in a castle anyone?

Why past life regression may be the key to unlock stuck states.....

One simple tip to help you avoid sun damage

One simple tip to help you avoid sun damage

Hypnotic Health and Wellbeing is for Everyone

The True Value of Hypnosis?

How to (hypnotically and lucidly) calm your Eco Anxiety

Sign up to our lovely email newsletter with useful tips and techniques, recent articles and offers. Plus you'll receive a free copy of our Hypnosis ebook "Helping you to unlock your own healing potential". Read more about the ebook.